April 03, 2019
Now that things have quieted down for Nebraska athletics (save for spring practice and the Fred Hoiberg hire), I want to focus some energy on sports statistics in other areas. Inspired by an article from The Ringer, I wanted to take a stab at predicting the 2018-19 All-NBA teams. I fit an ordinal response regression model to player stats from the 1980-2018 season to build a model that could predict this year's All-NBA teams use data from https://www.basketball-reference.com.


James Harden and Giannis Antetokounmpo, the top two MVP candidates, are obvious first-team players. The model was high on LeBron James, averaging 27.4 points, 8.5 rebounds, and 8.3 assists in only 55 games this season. Between injuries and the Lakers struggle this season, LeBron could fall in the actual voting at the end of the season.


Dan Devine ranked Kawhi Leonard and Blake Griffin as two of the top competitors to LeBron's chance of making All-NBA. They join former LeBron teammate Kyrie Irving along with Kemba Walker and Rudy Gobert on the the All-NBA third team.


Only two other players had a greater than ten percent chance of making All-NBA first team, Steph Curry and Jrue Holliday. I would be shocked if Steph was left off the All-NBA team list. He's the NBA's third leading scoring for the season and ranks second among guards for effective field goal percentage behind Joe Harris. Guard play is great in the NBA today and the success of the Warriors should help Steph.

Dan Devine rightfully places the LeBron discussion in the context of the Lakers performance in his article on The Ringer. While his stats continue to defy Father Time, LeBron's failure to take the Lakers to the playoffs should be considered. I would agree with Dan that LeBron will likely end up on the third team with Blake. Paul George has been spectacular this season at times and would deserve the nod over Kevin Durant on the first team. Given how high the model was on LeBron's individual performance this season, it seems as though the Lakers wasted a year of LeBron in purple and gold.

Author's Note: This is my first ever blog post. I am trying to work on improving my communication about basic analyses by writing about random sports topics. I plan to post occasionally regarding the NFL draft, NBA playoffs, and other random sports topics until Nebraska football returns to the field in August. Any comments, feedback, or questions you have would be greatly appreciated to help me improve as a statistician, writer, and fan.
NBA R Regression
Location: Lincoln, NE, USA 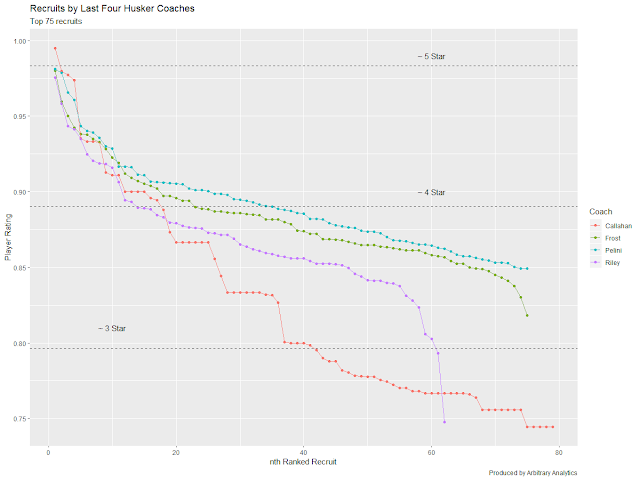 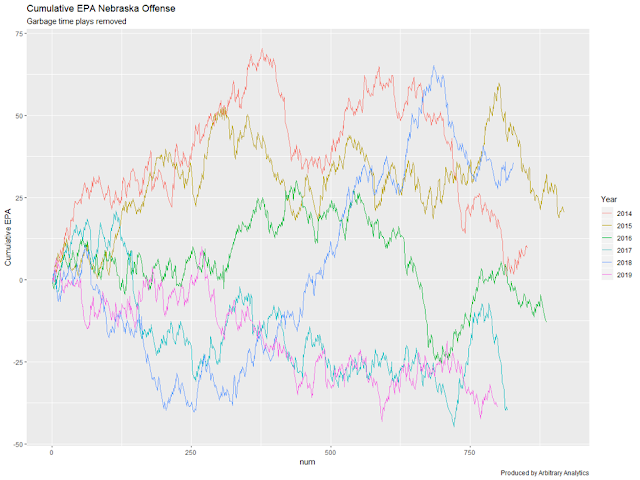